"Official" means announced by LEGO on their website or found in their stores. That is what we gather here!
Forum rules
Everyone can start a topic, both Dutch and English topics are welcome / Iedereen kan een topic starten, Nederlands- en Engelstalige topics zijn welkom!
Post Reply
8 posts • Page 1 of 1

With no confidential watermark these pictures from the new Chinese New Year sets have just surfaced, I guess they are released by LEGO. 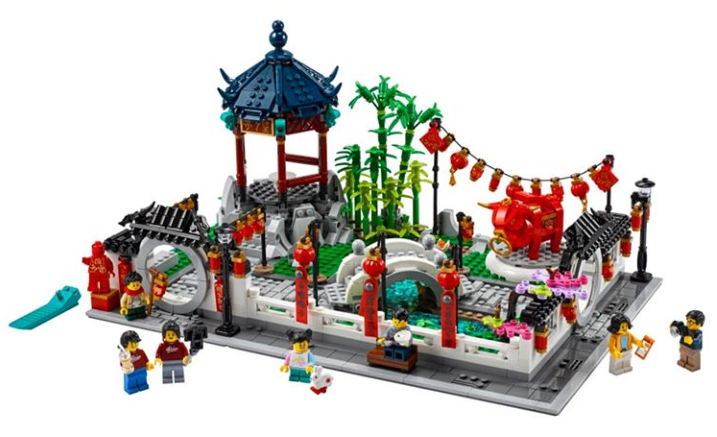 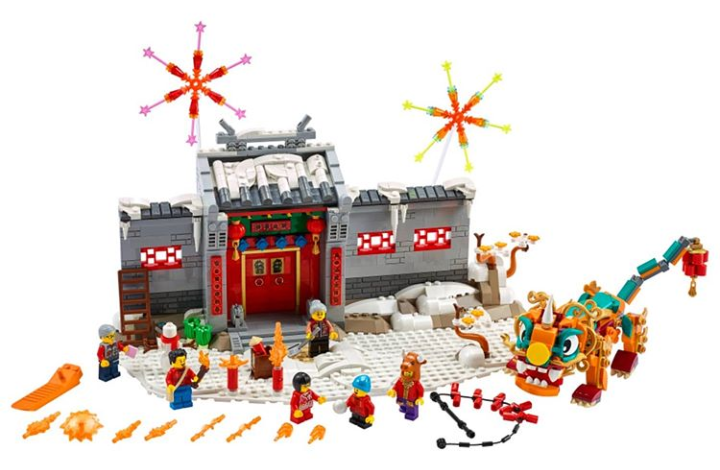 Some neat little builds and recoloured parts, but it doesn't blow me away like the 2020 sets did on first view. Will end up buying these though

Awesome! The first one is definately a buy for me, beautiful start for a proper little city park!
The second one I don't know yet, maybe if I accidently succeed in copy / pasting money.

I get where you're coming from. The park is nice and all that but is it worh spending 100+ € on something I can partly create with parts I already have? Neat torsos with the 2021 print though.

I like the buildable beast in the other set and the fig with the ox head (and new torsos of course) but the wall is a bit unnecesary in my opinion. So mixed feelings.
Sarcasm is my oxygen

You have more bricks, so for me this would be a good start to mod a park!
Founding father of this website.

Ok, major picture dump have to get back on my words a bit. I will break down both sets with close up pictures

It has a pond with (probably printed) koi fish 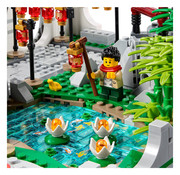 A new telephone, food print and a printed rabbit(toy?) also the sand blue and bright light orange torsos look new to me

There's a torso with the Monkie Kid logo. I like when LEGO nods to the logo's of their themes on figures like they've done with Fabuland, M-tron, Blacktron among others. Also shown: printed trans-red minifig head with a cow for the year of the cow. The Dark Blue sweater is really nice. I don't know if the black tile on the 'selfie stick' is printed but I think it would have been shown if it was. The torsos '2021' are really cool like I already said. And finally, what a nice little build technique for the drink.

The big buildable cow appears to have a light brick inside 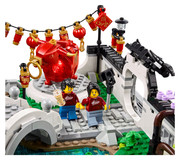 Last things I noticed are recoloured (bright) green ice cream cones for the higher plants and we get what appear to be cloth banners. Also we don't seem to get stickers in this set unlike the other set.

No baseplates in this set but regular plates and wedges to create a frosty terrain. I see some green upside down mops for plants which I don't think I've seen before. There's quite a bit of fireworks effects including a trans orange elements pack previously used for superheroes. Not sure about the patterns on the doors but the tiles with the characters look to be printed and no stickers. 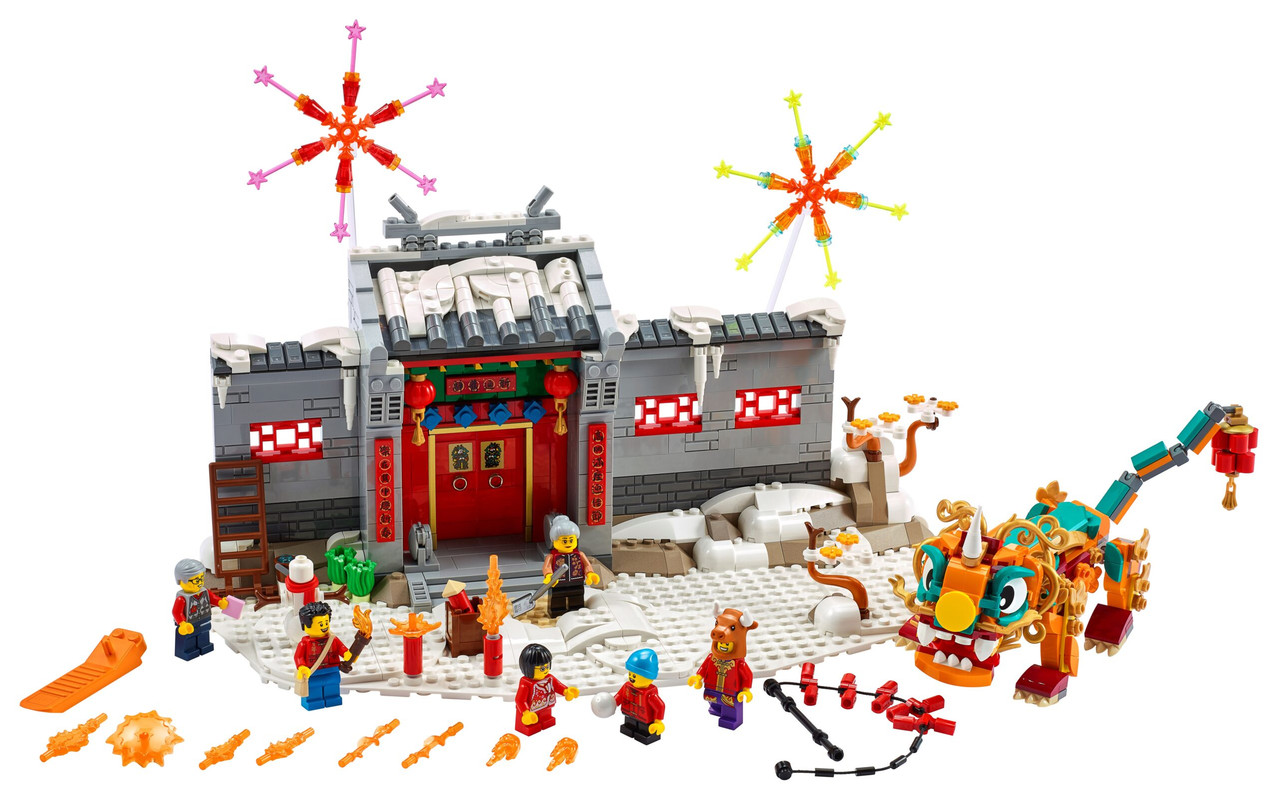 Main attraction in this set is of course the colorful lion with the teal bananas around the eyes. For some other elements I'm not sure if there are recolors. 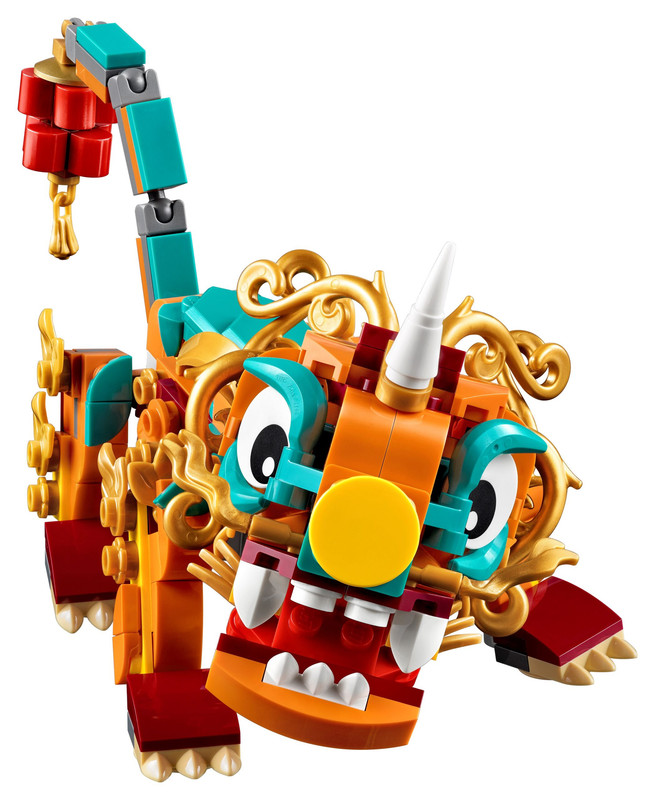 The other highlight in this set is (once again) all new printed torsos. One of the reasons for collecting these sets for me. I like the salmon torso with flowers for the grandmother most. Nice detail on the grandfather is that he carries the traditional red envelope gifts in his pockets. The red torso that is used twice appears to have a Monkie Kid logo on the back, but there was a problem uploading the picture that showed this. 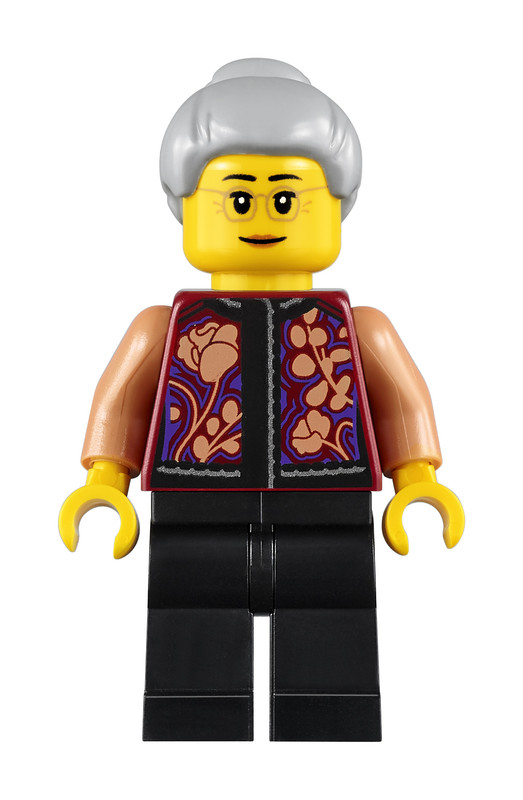 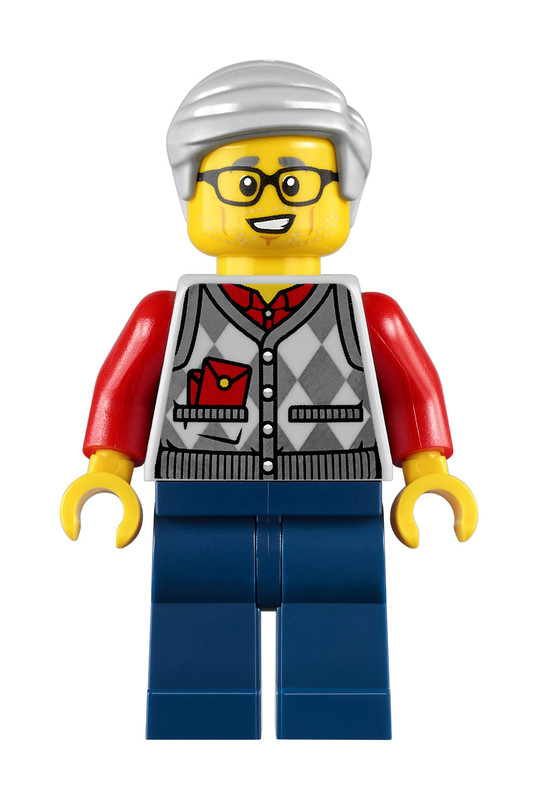 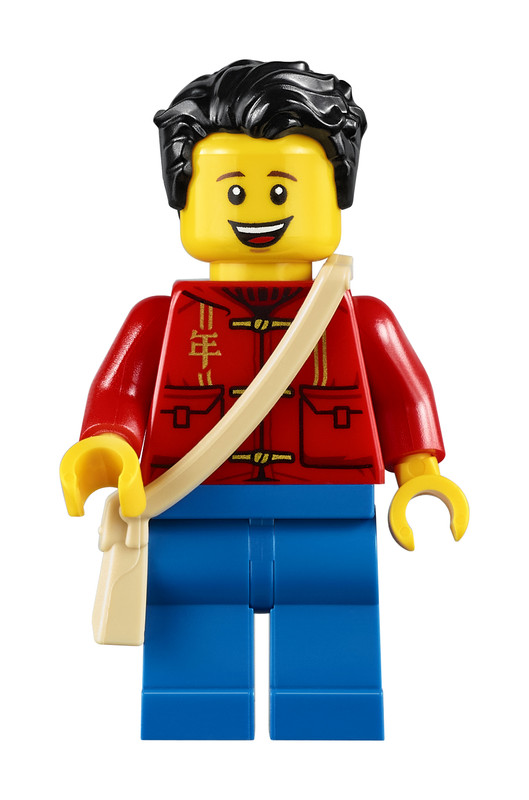 The torso for the little girl is almost too bright in this picture so I hope it will be nice irl and the cow mask (I mistakenly called ox) is another cool animal figure. Will try to make a new figure with this for sure having the same colour torso and legs. 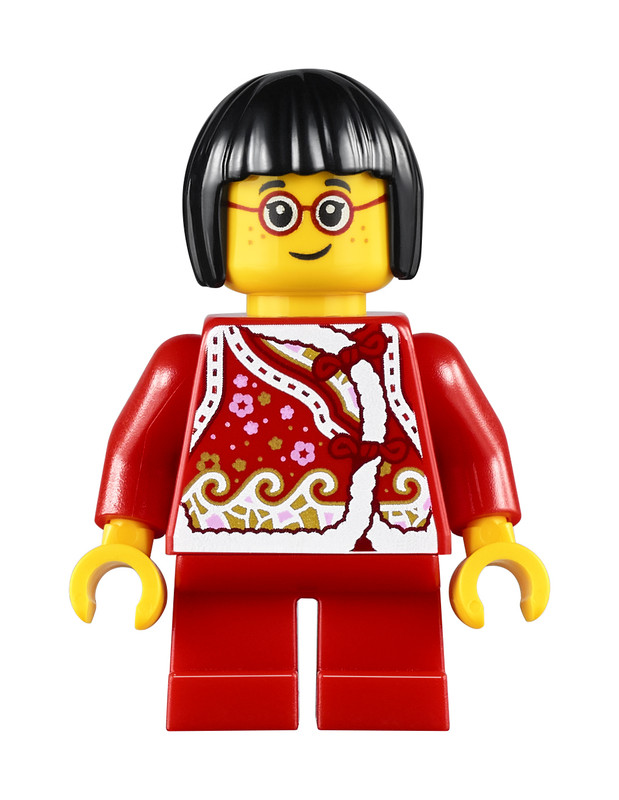 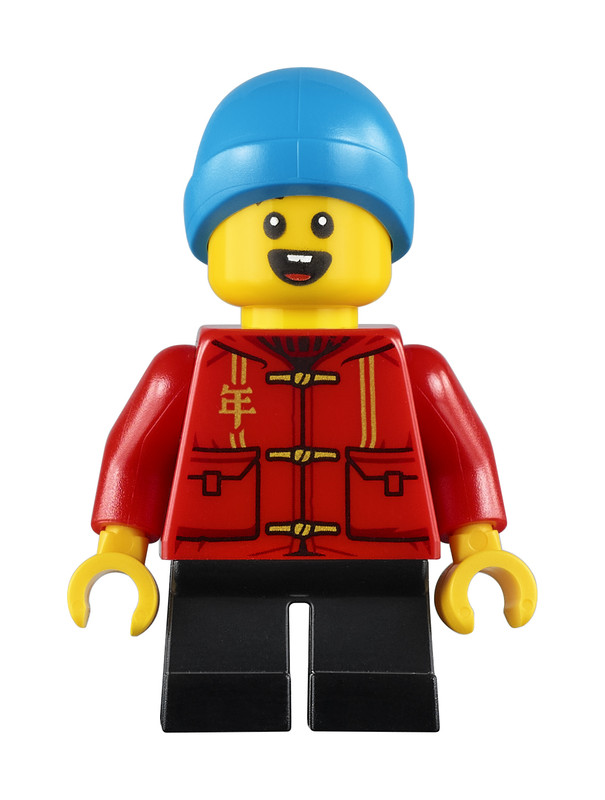 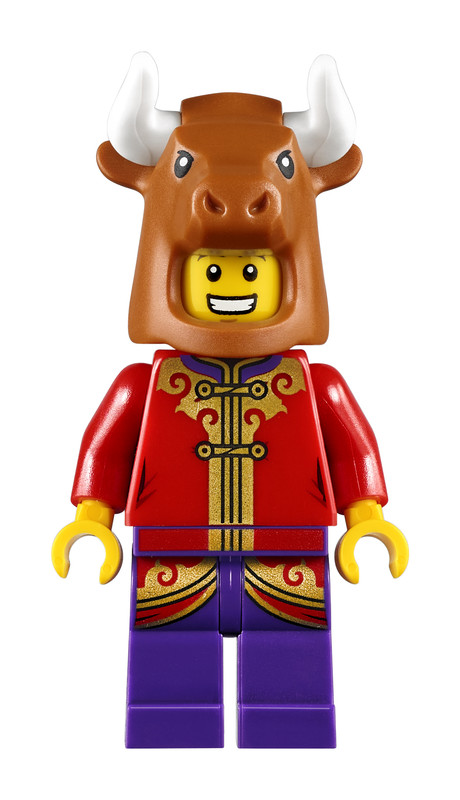 Other than those I'm not extremely enthusiastic for this set. At least, last year I was way more excited for 80104 and 80105.
Sarcasm is my oxygen

Yes, both Koi prints are a winner for me as well, will get some extra from b&p no doubt. The sets are for sale on January 10th. Liking the set more having seen the details. But this years sets (80104 and 80105) are just...