Everything about LEGO not found on their website but somewhere else!
Forum rules
Everyone can start a topic, both Dutch and English topics are welcome / Iedereen kan een topic starten, Nederlands- en Engelstalige topics zijn welkom!
Post Reply
13 posts

I saw this rumour/leak on Instagram that the next Creator Expert D2C set (so the one after Haunted House, 10274) will cost €/$200. This probably makes it bigger than the Winter Village set. This got me thinking: what should be next in line after Taj Mahal, Tower Bridge, Sydney Opera House, Houses of Parliament/Elisabeth Tower as a Creator Expert landmark set?

I'd love Rome's Flavian Amphitheatre aka Colosseum! Although doing that one properly would probably require more pieces and a higher price.

Any other wild guesses before we know more?

Corona GWP
Sarcasm is my oxygen

So let me try to get back on topic after that hijack...

Any thoughts on a world famous tourist destination you'd like to see converted to a 2400 or something pcs Creator Expert set @JackBrick @Karlsvik_bricks ? Or any guesses what else might be coming our way?
Sarcasm is my oxygen

Okay, let's do this: All three are items from the UNESCO list. I would recon LEGO would go for one of the other continents, and not something whe have allready seen in smaller series such as the architecture ones. I think somewhere they would avoid conflict areas though. So your suggestion @Bricksterdam sounds valid; something in The America's.
Founding father of this website.

Edit: and LEGO won't do religious so we can skip a lot
Sarcasm is my oxygen

True, and also true. That rules out a whole lot; I don't think they will do nature sceneries either.
Founding father of this website.

USA is unlikely because of the White House being (re)released... China is a big target for them, but we got the Lunar New Year sets...
Sarcasm is my oxygen 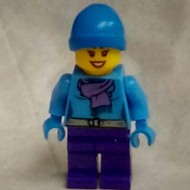 I am interested in the White House set and the mention of the Roman Colosseum is intriguing!
Regardless where you live,
we all speak Lego!
WinterBricker
Top
Post Reply
13 posts